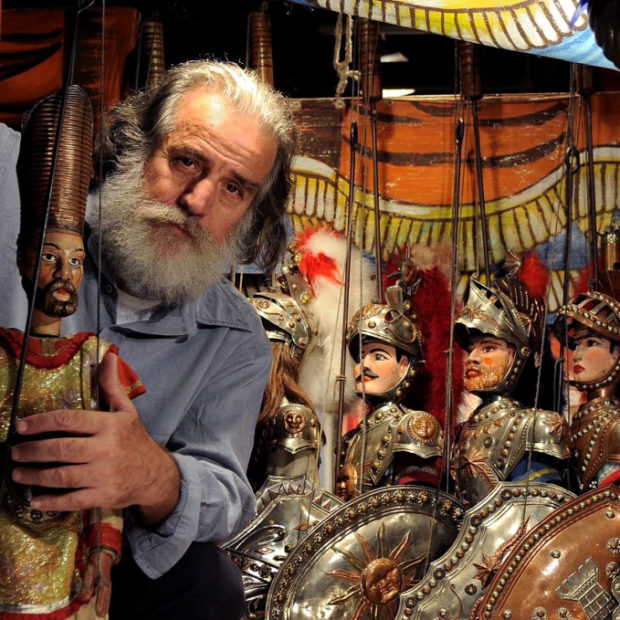 Mimmo Cuticchio is an Actor and one of the most important heirs of the Sicilian Cuntistica Tradition, it is included in the list of immaterial heritages of Humanity by Unesco. The Sicilian Cunti are Popular Traditional Stories usually recited in the town street. This tradition became part of this kind of Theatre made by puppets and born in Sicily around 700.

Mimmo Cuticchio knows well this world but is also a Sicilian Actor, the most famous movie where is possible to find him is the Godfather 3

An opportunity to have him here in Noto, in the District of Eloro in the beautiful setting of the Teatro Tina di Lorenzo.