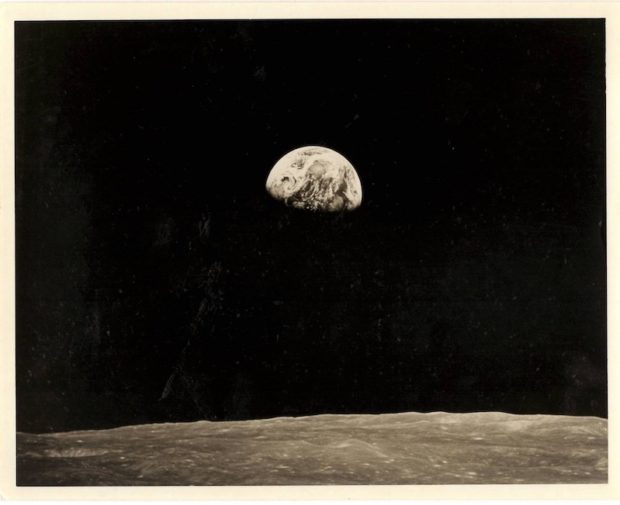 Some images provided directly by NASA, digitized and made exceptionally available by Photology, other unpublished photographs from a private collection, will be the material used by Pier Raffaele Platania to illustrate in detail the NASA space missions, to finish with Apollo 11 and the conquer of the Moon. As well as the role that the Parkes Radio Telescope (Australia) had at the time, used as a receiver for viewing the first step on the Moon by Man.

Before the speech, the public will be led to visit the exhibition in the AIR space, to view the exhibition “Land Art in America”, the ticket will give the opportunity to enjoy also about the Naturalistic Trail with the exhibition “Plata Manent” by Francesca Romana Gaglione and Paolo Uccello also in the following days.

The photographs show during the evening of 21 July are part of the over 170 images that will be exhibited on the occasion of the “Come on the Moon – vintage photographs from the NASA archives” exhibition. by Photology and BDC at Spazio BDC28 in Borgo delle Colonne 28 in Parma from 17 October to 24 November 2019.

Next events of Photology AIR 2019:

A selection of photographs and videos, the artist Luca Vitone will speak about his journey upstream along the migratory route of the Roma people, from Bologna to Chandigarh in India;

On the occasion of the night of San Lorenzo, exclusive view of the shooting stars through the use of telescopes made available by the Noto’s Astronomers Organisation “Nuccia Corradina Ferro”.

The villa is surrounded by a beautiful garden, it is in the center of the Lido di Noto but in a quie
€
For night